Welcome to the homepage of Gellert Kovacs, historian, lecturer, author. 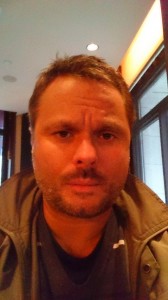 My name is Gellert Kovacs and I am a historian,researcher, lecturer and organizational consultant.

I was born in Budapest, Hungary but have been living in Stockholm, Sweden since 30 years. My background in these two countries gives me an international outlook and that is the main theme in much of my work. I have experiences from many different fields in society and these experiences make possible for me to fill various roles, as historian, as lecturer, as organizational consult or marketing manager.

Background: I have studied many different subjects at university and other higher educational institutions; Economics, history, social sciences, politics, psychology, project management, pedagogics, among others.

I have worked for many years in the NGO sector, with smaller organizations in volunteer work and youth exchange. There I was working with basically everything; fundraising, marketing, project management, teambuildig and organizational management as president in one of these associations for some years.

Since 2001, I have also worked as teacher in various schools, primary education as well as high schools, and adult education. These 11 years have been very diferent in terms of working conditions, I have worked in “elite schools” as well as in areas with very high procentage of new immigrants and poorly integrated people in Swedish society. The challenge to cope with different groups in various environments  have given me an ability to develop my skills in communication, pedagogics and conflict resolution.

Since four years I have also proven myself as a historian. Through careful and meticulous research, I have found lot of new information about Swedish diplomat Raoul Wallenberg, who was working in Budapest with saving people from Nazi persecution in 1944-45. These, sometimes dramatically new pieces of information, are presented in the book; ” Dark skies over Budapest“( Skymning över Budapest)  which was released inmay 2013 in Sweden. Hungarian and hopefully, English translations of the book are underway.

Hungarian and hopefully, English translations of the book are underway.

I can do lectures on many different themes, among others;

History and architecture of Stockholm.

I have written a number of articles that have been bought or publicized in historical magazines in Norway and Sweden.

15 th of october 1944. About the nazi coup and take over of Hungary, which was preceeded by many secret intrigues, also including Raoul Wallenberg. 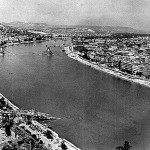 The Battle of Budapest. This battle, which was called the “second Stalingrad” by both German and Soviet soldiers cost 150 000 lives and brought destruction on one of the most beautiful cities in Europe. 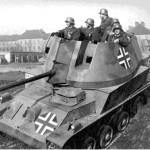 The Hungarian army between 1919 and 1945. About the Royal Hungarian army from the harsh restrictions after the first world war, to rearmament in the 30´s, to the disastrous partcipation in the second world war.

Marshall Tukhatchevsky- The red Napoleon. This article is about the miltary genius who became army commander at 27 and had a decisive contribution tot he fact that the young Soviet state survived. His ideas for the army were revolutionary in the 30´s, but rose Stalins envy and hate. 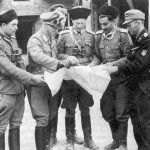 The damned soldiers.  About all the different Soviet citizens, balts as well as caucasians and slavs, who sided with the invading germans after 1941, by different reasons.In many cases, their destiny was doomed, seen as traitors by most people in their country. 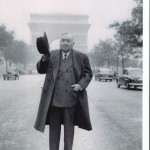 Raoul Nordling- The unknown swedish hero. ” The other Raoul”, a Swedish attaché in Paris, who saved several thousand lives and contributed to stop Hitlers crazy plans to destroy paris before liberation in august 1944.

Several other articles are under preparation. Articles could also be ordered and written from scratch. My articles are allways carefully researched from many sources and well written. They have received very high recognition from the ordering magazines.They are written in Swedish, but could be translated to any language.

Through experience in working with organizations and theoretical background from IHM Business School in Stockholm, I do consulting to smaller companies, associations and projects. The consulting are in following fields;

Organization development. Many organizations/companies/projects don´t work as well as they should. Therefore, it could be good to let someone outsider do an analysis, and thus maybe discover hidden conflicts and problems not visible for indisers. I have many years of experience in working with various groups. What do the organization want? Why can´t it achieve its goals? Are problems structural or social? SWOT-analysis.

Group dynamics. When many different people are supposed to work toward a common goal, there is always group dynamics, sometimes good, but sometimes bad. I can help the organization to see the role of different characters in the group, their strenghts and weaknesses, and what they could contribute with. Leadership consultancy could help leaders in the organization to analyze their role and choose the style of leadership that suits both them and the group.